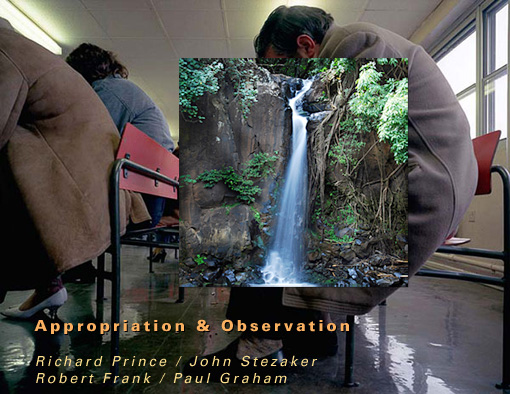 Appropriation and Observation
Two ways of working with photography

The talk will focus on two different ways of working with photography. One is based on using existing images and creating something out of that, either by re-photographing or making collages. Works by Richard Prince and John Stezaker will be presented in connection to that practice. Other photographic strategy is based on taking images by drifting and observation. Obviously different photographic genres are based on that way of working (journalistic or street photography for example) but in regards to that type two photographers will be discussed: Robert Frank and Paul Graham.

Books/photocopies of artistsâ?? works will be provided. Your own materials related to all 4 artists are very welcome too. You can currently see John Stezakerâ??s show at the Whitechapel Gallery and Paul Grahamâ??s retrospective will be open there on 19th April (Free admission to the Whitechapel). 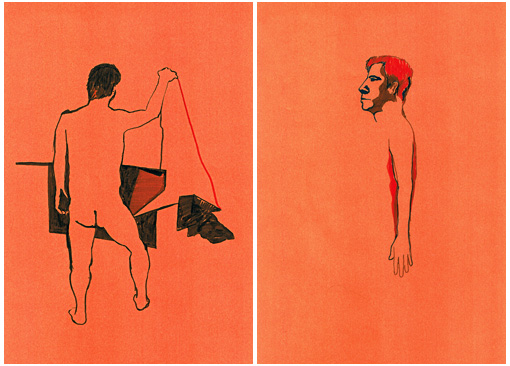 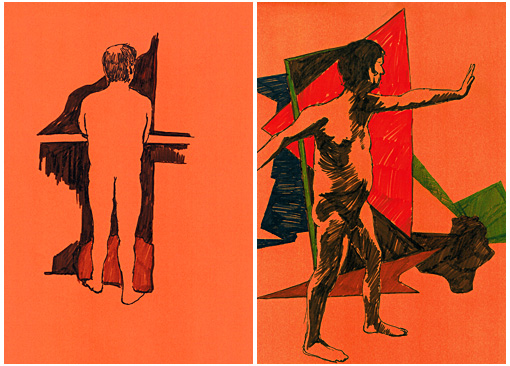 The session will be a short introduction to artistsâ?? publications with Ed Ruschaâ??s books as a starting point (though Dada magazines will be mention too). Examples of books and concepts will be presented. Following forms will be introduced: book-object, book-device, time/process notation, polemic tool and others. Information about projects related to artistâ??s publications in London will be given.

Following artists and their work will be discussed: Tristan Tzara, Isidore Isou, Alain Sati?Š, Ed Ruscha, Jenny Holzer and others.

Selected artists’ statements were discussed on 23rd Feb 2011 in Really Free School. We talked about following artists: Martin Kippenberger, Marcel Duchamp, Douglas Huebler, Pablo Picasso, Igor Stravinsky and Paul McCarthy. Photocopies with statements were given away and the PDF version of that material can be seen here. 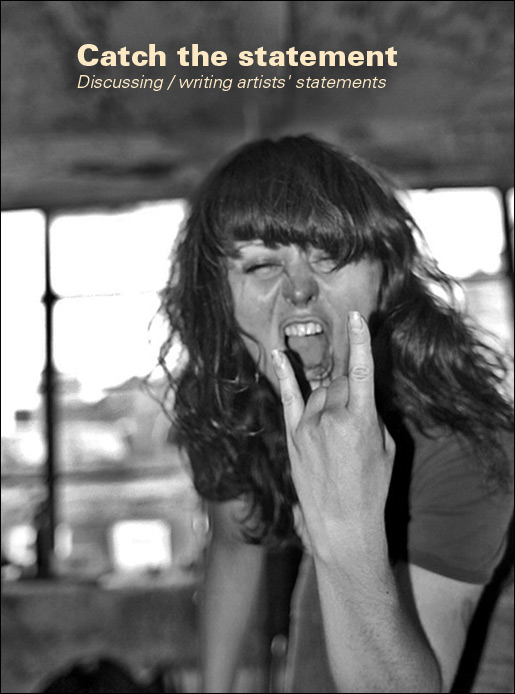 “I am rather like a travelling salesman. I deal in ideas. I do much more for people than just paint them pictures.”

“I’m not a ‘real’ painter, nor a ‘real’ sculptor; I only look at all that from the outside and sometimes try my hand at it, trying to add my own particular spice. I’m not interested in provoking people, but only in trying to be consoling. I always think of the things I do, quite unambiguously, as truly living vehicles. Assuming roles is something that simply won’t work for me, since I don’t have a style. None at all. My style is where you see the individual and where a personality is communicated through actions, decisions, single objects and facts, where the whole draws together to form a history”.

A few more examples of statements from other artists will follow, then a discussion about them and writing down your own statements. Photocopies of presented statements will be provided. All will take approx. 30 min.

Douglas Huebler has been on my radar since 2008. From that year I try to trace his publications or see his works. It is not easy task, he is not as much popular as other Conceptual artists- at least I got this impression. There is interesting essay about him written by a fellow student of him and artist Mike Kelley called Shall We Kill Daddy? In that text written in 1997 there is a part: â??In much of Huebler’s early work there had been a tension between surface blandness and infinite meaning. Take for example Duration Piece #2, Paris, 1970, where the viewer is presented with six snapshots said to illustrate the â??timeless serenityâ?? of a statue seen in the distance behind some cement trucks. The accompanying text informs us of the mechanistic intervals at which the statue was photographed, but also tells us that the photos have been shuffled so they are chronologically out of sequence. No longer reportage, we are instead presented with time scrambled – which produces, I suppose, the statue’s â??timeless serenityâ??.â?ť [Read full text here]

Huebler is important for my practise and to be precise all his works where he combines photography and text. He is an artist with an interest in humans, in fellow people and there is space for fun in his works too. Bellow I attach one of his works and hereâ??s a picture with more works, bio info and bibliography. [Images from the book: Douglas Huebler, Camden Arts Centre, 2002] 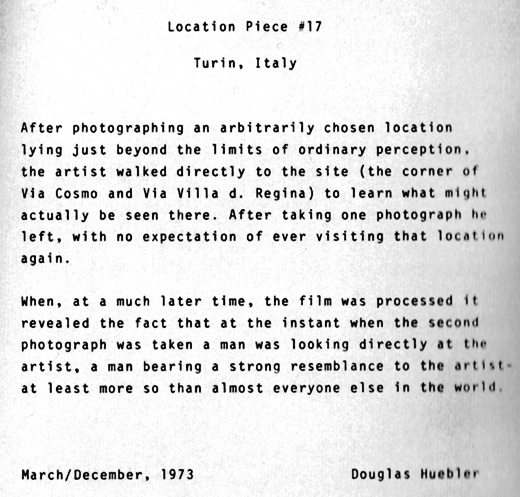 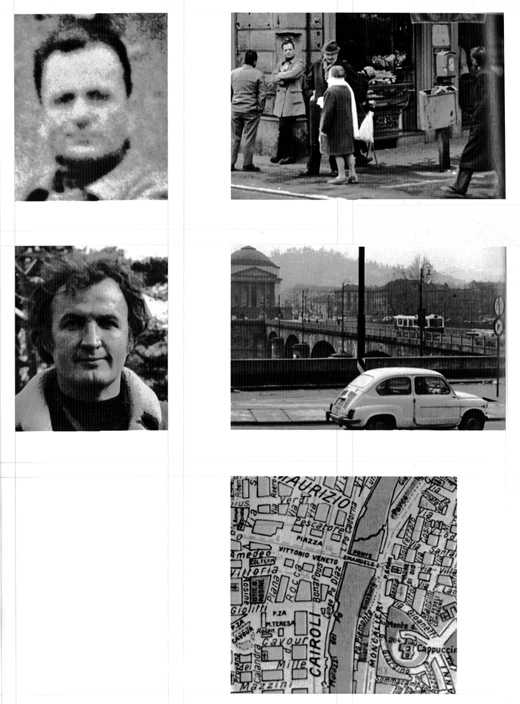