The exhibition In two places simultaneously has a main theme of the dream as a dual state. Sleeping and dreaming allows us to be in two places at once: in a place where our body is physically asleep and in the space of dreams. On the show are photographs made over the last few years, a series of portraits of people sleeping on the streets, on trains and at homes. All images were made spontaneously and without prior arrangements.

Integral part of the show are conceptual variations of three works of twentieth century art, successively by Duchamp, Warhol and Calder, additionally quotes from the novel by David Foster Wallace’s ‘Infinite Jest’ are incorporated into the silk printout. A geometry textbook in Marcel Duchamp’s ‘Unhappy Readymade’ (1919) will be replaced with an introduction to quantum physics, and the book will be mounted outside of the gallery, so that quantum formulations will fully experience a wide range of weather conditions. Andy Warhol’s film ‘Sleep’ from 1963 is the inspiration for the eight hours sound recording of sleep, installed in a purple mosquito net, suspended from the ceiling (one of Warhol’s unrealized projects was the idea to film 24 hours in the life of Duchamp). Another hanging piece is a wire sculpture incorporating a variety of the hour and minute hands, this work is inspired by Alexander Calderâ??s mobiles (the mobile term was introduced by Duchamp around 1931). Quotes from the novel by David Foster Wallace deal with sensations inside of dreams and feelings while awaken. Texts and images in this work are printed on silk and are presented as a sculpture.

Publication related to the exhibition will be out by end of the year.

Waldemar Pranckiewicz Born in 1972. He works with photography, sculpture, drawing, collage and ephemeral art. Other preoccupations include designing publications and writing articles on contemporary art. 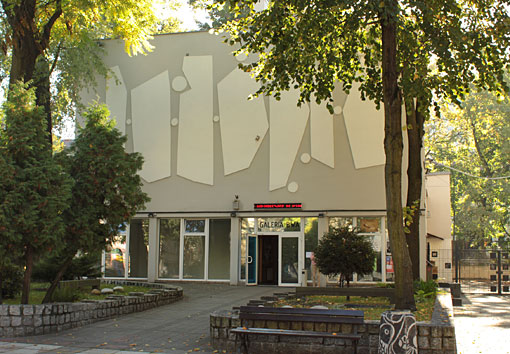 ^ Main entrance to the gallery. On the front of the relief (by Marian Szpakowski, 1965) : Waldemar Pranckiewicz, Does happen, an introduction to quantum physics hanged on a wire, 2012. 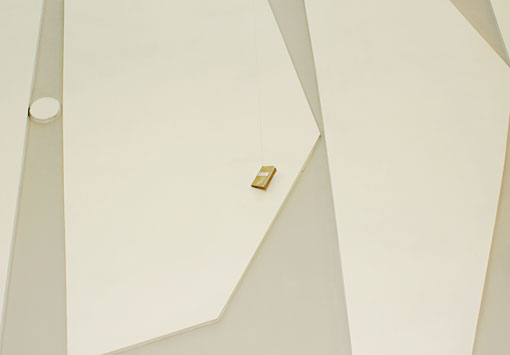 ^ Waldemar Pranckiewicz, Does happen, an introduction to quantum physics hanged on a wire, 2012. 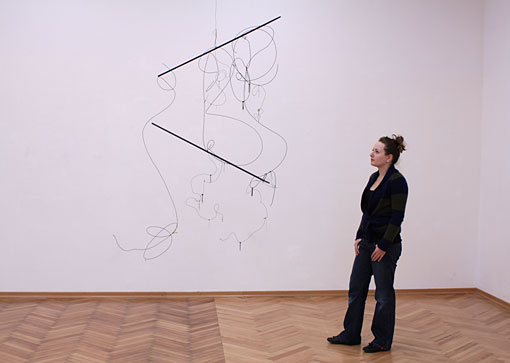 ^ Waldemar Pranckiewicz, Time slowed and twisted, a mobile made of wood, wire, hour and minute hands, 2012 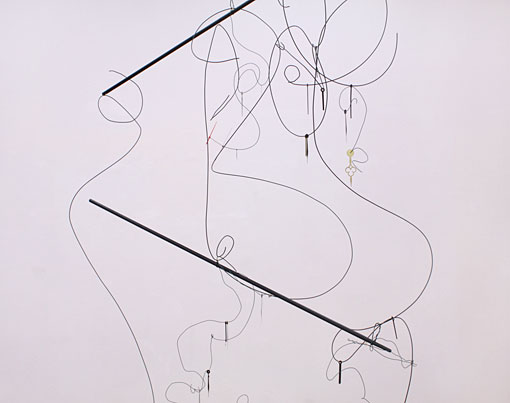 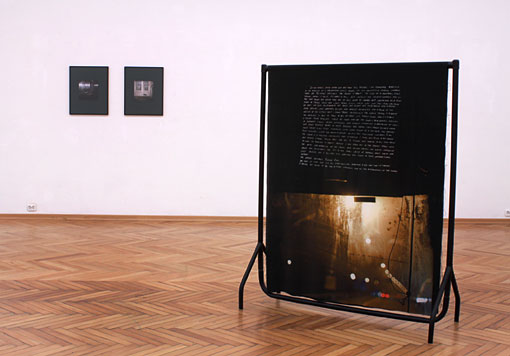 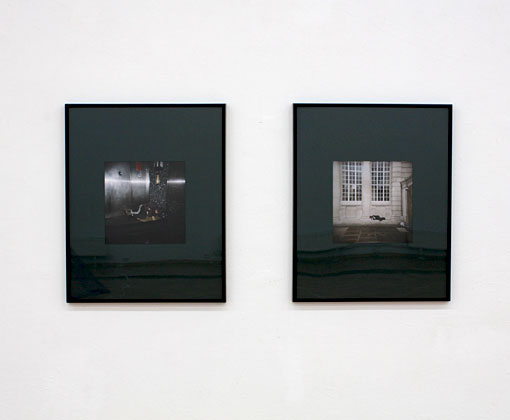 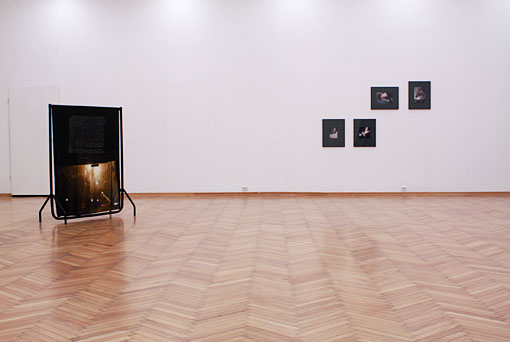 ^ Too complex to determine. 4 photographs for the Sleep series. 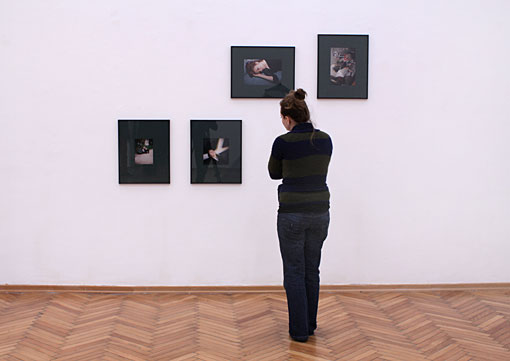 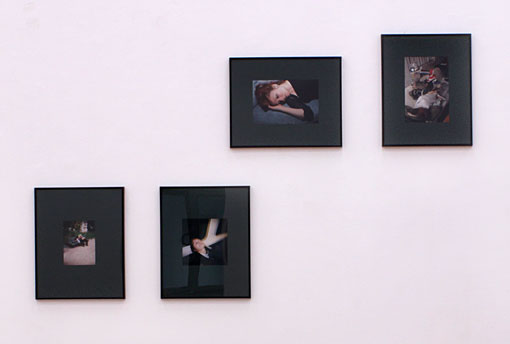 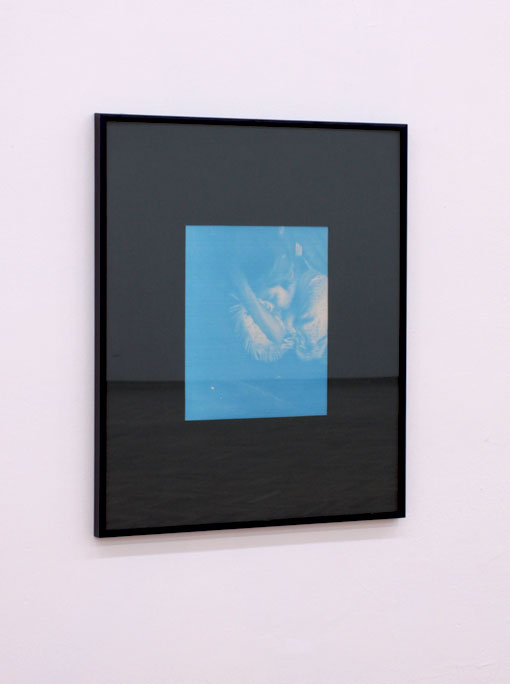 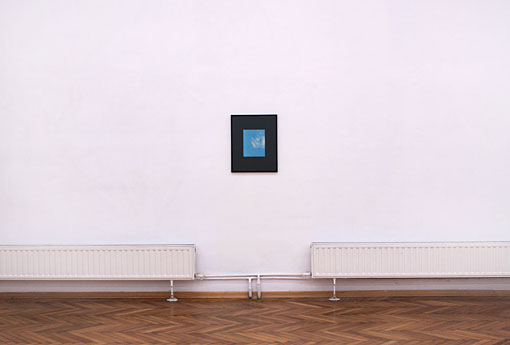 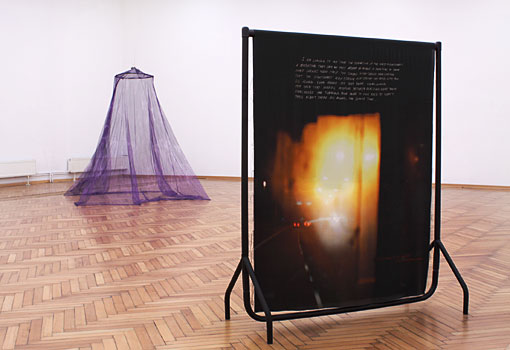 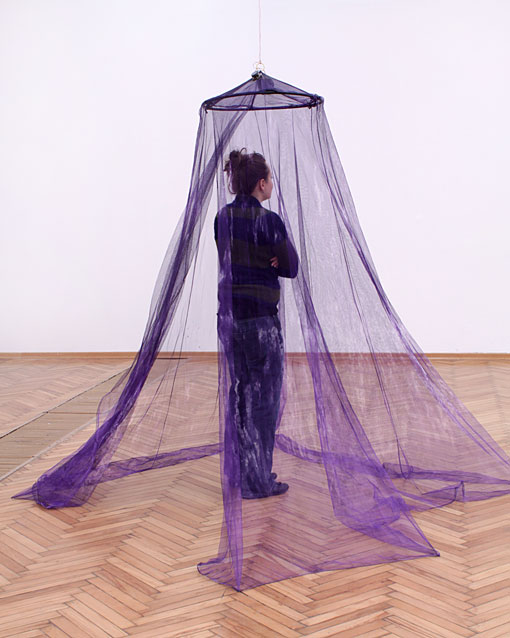 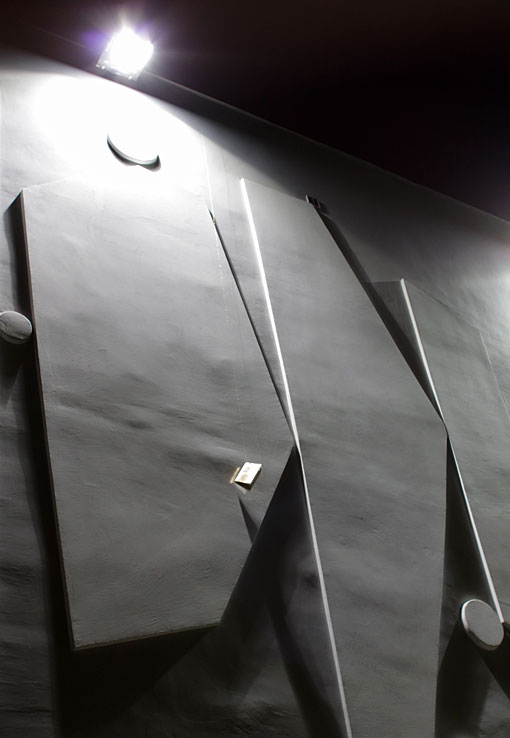